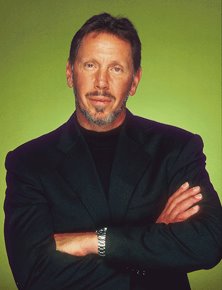 Oracle was the first company to release a commercial database Oracle8i for Linux. Today, all key Oracle products are available on Linux. Now the database giant has more aggressive plans and wants a place on the desktop PC.

To counter Microsoft Windows’ dominance among corporates, Oracle revealed plans to create and sell their own Operating System based on Linux complete with all required software. In fact, Oracle even considered buying Novell, which after Red Hat is the biggest distributor of Linux.

Such a move would redraw the software landscape and open a new front in Oracle’s long rivalry with US rival Microsoft. It will also give a big boot to Linux adaption among the enterprise.

Larry Ellison also told Financial Times newspaper that he was pushing Oracle further into hosting software on behalf of customers, relying on regular subscription payments rather than upfront revenue